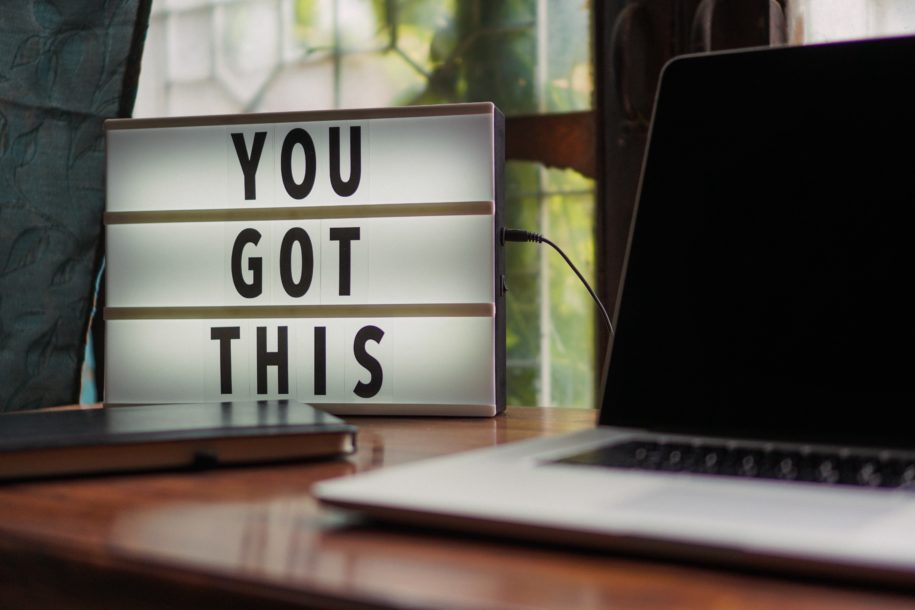 At the beginning of anything, inspiration and motivational quotes can be the key to unlock your momentum. Regardless of how cliché they might feel initially, we are all filled with phrases and colloquialisms that have revolutionized our perspectives at critical junctures. At the start of 2020, what better way to launch into perfect vision for you and your company, than with a power set of quotes to motivate you and your teams? Let’s get into it.

“Your attitude, not your aptitude, will determine your altitude.” –Zig Ziglar

“A goal is a dream with a deadline.” -Napoleon Hill

“Success is never final. Failure is never fatal. It is courage that counts.” -Winston Churchill

“I must not fear. Fear is the mind-killer. Fear is the little death that brings total obliteration. I will face my fear. I will permit it to pass over me and through me. And when it has gone past I will turn the inner eye to see its path. Where the fear has gone there will be nothing. Only I will remain.” -Frank Herbert

“The difference between a successful person and others is not a lack of strength, not a lack of knowledge, but rather a lack of will.” -Vince Lombardi

“Learn from the mistakes of others. You can’t live long enough to make them yourself.” -Eleanor Roosevelt

“life shrinks and expands on the proportion of your willingness to take risks and try new things.” ― Gary Vaynerchuk

“your number-one job is to tell your story to the consumer wherever they are, and preferably at the moment they are deciding to make a purchase.” ― Gary Vaynerchuk

“There’s no such thing as perfect. Chasing ”Perfect” is the shortest road to not achieving it.” ― Gary Vaynerchuk

“I can’t give you a sure-fire formula for success, but I can give you a formula for failure: try to please everybody all the time.” — Herbert Bayard Swope

“Success is liking yourself, liking what you do, and liking how you do it.” — Maya Angelou

“Failure is the condiment that gives success its flavor.” — Truman Capote

“Success is stumbling from failure to failure with no loss of enthusiasm.” — Winston S. Churchill

“Courage is the most important of all the virtues because without courage, you can’t practice any other virtue consistently.” — Maya Angelou

“It’s not the load that breaks you down, it’s the way you carry it.” — Lou Holtz

“Do what is right, not what is easy nor what is popular.” — Roy T. Bennett

“Do you want to know who you are? Don’t ask. Act! Action will delineate and define you.” — Thomas Jefferson

“Nothing in the world is ever completely wrong. Even a stopped clock is right twice a day.” — Paulo Coelho

“Eventually everything connects – people, ideas, objects. The quality of the connections is the key to quality per se.” — Charles Eames

“Attention is vitality. It connects you with others. It makes you eager. Stay eager.” — Susan Sontag

“There is an odd synchronicity in the way parallel lives veer to touch one another, change direction, and then come close again and again until they connect and hold for whatever it was that fate intended to happen.” — Ann Rule

“And the day came when the risk to remain tight in a bud was more painful than the risk it took to blossom.” — Anaïs Nin

“You cannot swim for new horizons until you have courage to lose sight of the shore.” — William Faulkner

“A ship is safe in harbor, but that’s not what ships are for.” — John A. Shedd

“Only those who will risk going too far can possibly find out how far one can go.” — T.S. Eliot

“One’s dignity may be assaulted, vandalized and cruelly mocked, but it can never be taken away unless it is surrendered.” — Michael J. Fox

“IF YOU DON’T GO AFTER WHAT YOU WANT; YOU COULD SPEND YOUR ENTIRE LIFE SETTLING FOR WHAT YOU CAN GET” — Mo Stegall

“If you’re not failing every now and again, it’s a sign you’re not doing anything very innovative.” — Woody Allen

“Vulnerability is the birthplace of innovation, creativity and change.” — Brené Brown

“If you want something new, you have to stop doing something old” — Peter F. Drucker

“Imagination is not only the uniquely human capacity to envision that which is not, and, therefore, the foundation of all invention and innovation. In its arguably most transformative and revelatory capacity, it is the power that enables us to empathize with humans whose experiences we have never shared.” — J.K. Rowling

“Dreamers are mocked as impractical. The truth is they are the most practical, as their innovations lead to progress and a better way of life for all of us.” — Robin S. Sharma

“Remember the two benefits of failure. First, if you do fail, you learn what doesn’t work; and second, the failure gives you the opportunity to try a new approach.” — Roger Von Oech

“My mission in life is not merely to survive, but to thrive; and to do so with some passion, some compassion, some humor, and some style” — Maya Angelou

“It is impossible to live without failing at something, unless you live so cautiously that you might as well not have lived at all – in which case, you fail by default.” — J.K. Rowling

“You never fail until you stop trying.” — Albert Einstein

“The only time you fail is when you fall down and stay down.” — Stephen Richards

“The mind is just like a muscle – the more you exercise it, the stronger it gets and the more it can expand.” — Idowu Koyenikan

“Once your mindset changes, everything on the outside will change along with it.” — Steve Maraboli

“The goal isn’t to live forever, the goal is to create something that will.” — Chuck Palahniuk

“You can only become truly accomplished at something you love. Don’t make money your goal. Instead pursue the things you love doing and then do them so well that people can’t take their eyes off of you.” — Maya Angelou

“Intelligence plus character-that is the goal of true education.” — Martin Luther King Jr.

“A goal without a plan is just a wish.” — Antoine de Saint-Exupéry 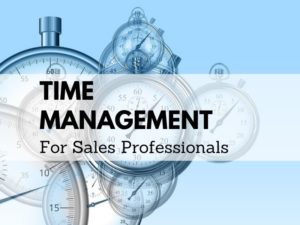 Get Access to my Time Management for Sales Professionals Video Course Here!

“The moment you put a deadline on your dream, it becomes a goal.” — Harsha Bhogle

“No one can make you feel inferior without your consent.” — Eleanor Roosevelt

“A clever person solves a problem. A wise person avoids it.” — Albert Einstein

“Life is not a problem to be solved, but a reality to be experienced.” — Søren Kierkegaard

“If knowledge can create problems, it is not through ignorance that we can solve them.” — Isaac Asimov

“What you do is what matters, not what you think or say or plan.” — Jason Fried

“Even though your time on the job is temporary, if you do a good enough job, your work there will last forever.” — Idowu Koyenikan

“Who you are tomorrow begins with what you do today.” — Tim Fargo

“You gain strength, courage and confidence by every experience in which you really stop to look fear in the face. You are able to say to yourself, ‘I have lived through this horror. I can take the next thing that comes along.’ You must do the thing you think you cannot do.” — Eleanor Roosevelt

“You never know what kind of setup market will present to you, your objective should be to find opportunity where risk reward ratio is best.” — Jaymin Shah

“When you are content to be simply yourself and don’t compare or compete, everyone will respect you.” — Lao Tzu

“In the end, you should always do the right thing even if it’s hard.” — Nicholas Sparks

“I do believe the modern sales leader has to be a marketer.” – Matt Gorniak

“Every email is an opportunity to test a different benefit or angle.” – Heather Morgan

“You can’t propose a mutually beneficial business relationship if you can’t understand their business.” – Craig Rosenberg

“Social selling expands on the age-old basics of getting to know your customers and meeting their needs.” – Jon Ferrara

“Pay attention and adapt your style to that of your prospect and customer. I work with great salespeople and the most successful know how to connect with a variety of buyers.” – Colleen Stanley

“It’s hard to beat a person who never gives up.” — Babe Ruth

Trust is knowing that when a team member does push you, they’re doing it because they care about the team.” — Patrick Lencioni

“None of us is as smart as all of us” — Kenneth H. Blanchard

“Our duty, as men and women, is to proceed as if limits to our ability did not exist. We are collaborators in creation.” — Pierre Teilhard de Chardin

“Prospects are making their purchase decision based on whether they think you understand their problems and you have the knowledge, resources and commitment to solve them.” – Trish Bertuzzi

“A mediocre person tells. A good person explains. A superior person demonstrates. A great person inspires others to see for themselves.” – Harvey Mackay

“It occurs to me that our survival may depend upon our talking to one another.” — Dan Simmons

“Stop saying you were ‘lucky’ when good things happen. Start thinking about what drove your success and duplicate both the activity and target selection process that has helped you succeed in the past.”- John Hirth

“You can never go wrong by investing in communities and the human beings within them.” –Pam Moore

“Before you create any more ‘great content,’ figure out how you are going to market it first.” –Joe Pulizzi

“We are all storytellers. We all live in a network of stories. There isn’t a stronger connection between people than storytelling.” –Jimmy Neil Smith

“Too many companies want their brands to reflect some idealized, perfected image of themselves. As a consequence, their brands acquire no texture, no character and no public trust.” –Richard Branson

“Act as if what you do makes a difference. It does.” – William James

“Dream big! There are no limitations to how good you can become or how high you can rise except the limits you put on yourself.” – Brian Tracy

“A successful man is one who can lay a firm foundation with the bricks that others throw at him.” – David Brinkley

“If you are going through hell, keep going.” — Winston S. Churchill

“It does not matter how slowly you go as long as you do not stop.” — Confucius

“The secret of getting ahead is getting started.” – Mark Twain

“Become the person who would attract the results you seek.” – Jim Cathcart

“When reps take the role of a curious student rather than an informed expert, buyers are much more inclined to engage.” – Jeff Hoffman

“Stop saying ‘later.’ You WON’T do it later. Do it or decide not to do it.” – Chris Brogan

“There is no magic to closing. There are no magic phrases. Closing the deal is completely dependent on the situation.” – Alice Heiman

“If you want to succeed you should strike out on new paths, rather than travel the worn paths of accepted success.” – John D Rockefeller

If you gathered one thing, may it be that you are well on your way to greatness in 2020. So be bold, take risks and expand your reach this year. No matter the resistance, the resilience you discover is worth it.

Now is a great time to increase your team’s customer support skills. Let’s schedule a call to discuss how we can build these skills virtually for your team. You can find my calendar here.